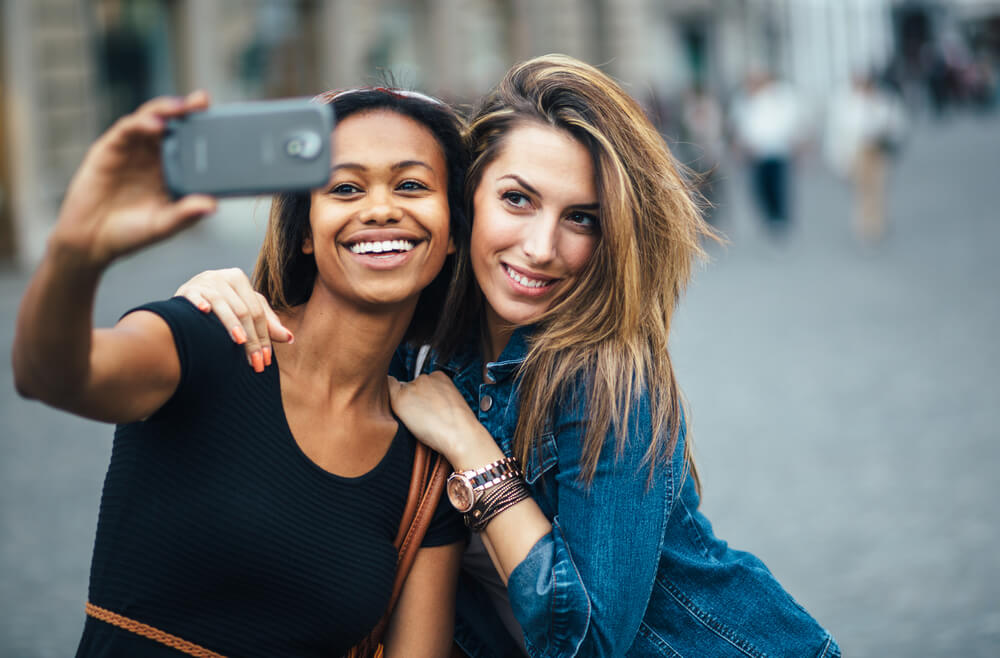 While some look to various characteristics when purchasing a new smartphone, others simply look at one thing – the camera.

In a world where the word selfie has managed to enter the dictionary (and with the constant use of the word, it’s no surprise), not many manufacturers can choose to disregard such an important facet of the business as the camera.

And really, selfies are the way of the future. Frankly, don’t even think about going on a trip without a selfie stick. It’s simply a must when travelling.

Here is a list of the best smartphones that will help you capture that perfect selfie!

I Spy with My Little Eye…

Luckily, we have a little bit of both for you (as we don’t like divisions that much). That is, we have prepared for you some iPhones worthy of a mention in the selfie hall of fame and some Androids that simply rock the selfie game. 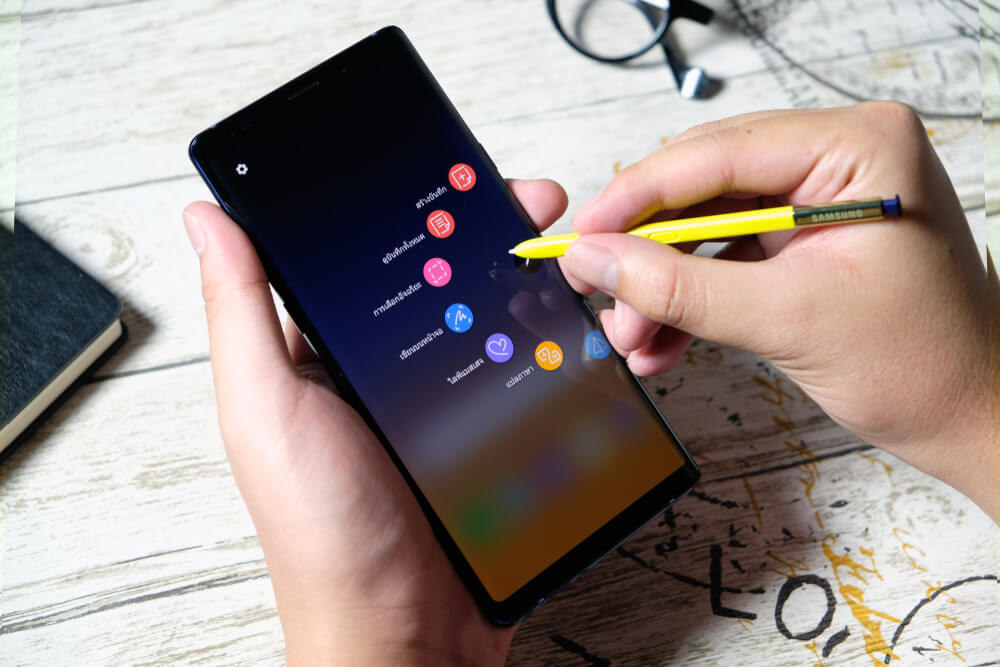 We’ve grouped them up like this, because there are a couple that simply cannot be excluded when talking about selfies.

We present to you, the Samsung’s champions of the selfie:

Now, for quite a long time, cameras of Samsung smartphones were simply the best. And they continue to astound with their characteristics. Truly, not many other companies can boast such consistently good (front and rear) cameras.

Although released in 2018, Samsung Galaxy Note 9 is holding steady when it comes to selfie scores. With the front-facing camera of 8MP with a wide-angle lens, you’re simply going to get magnificent results when taking a selfie. Additionally, the autofocus lens produces sharper facial pics and is perfect for group images. The rear cameras are both 12 MP, so you’ll definitely get some nice pictures even if you’re not looking to take a selfie.

Samsung Galaxy Note 10 and Galaxy Note 10 Plus has a 10MP front camera, which is simply incredible for selfies. Some users have complained that its software can give your skin an unnatural look due to the beautification algorithms at play. However, you can always turn this off. On the back of the Samsung Galaxy Note 10 Plus, there are 4 (yes, you’ve read that correctly – four!) camera sensors: a 12MP wide-angle, a 12MP telephoto, a 16MP ultra-wide, and a time-of-flight sensor. The only difference between the 10 plus and the 10 is that the “lesser” version doesn’t have the time-of-flight sensor.

Although we’ve already noted that, all in all, Samsung phones are great, but the Samsung Galaxy S10 Plus is simply a doozy! It has two front cameras, one 10MP and the other one 8MP. However, precisely because it has these two lenses, that means you can take some extraordinary shots. Also, it has a triple-lens rear camera. What more are you waiting for? Go get yours! 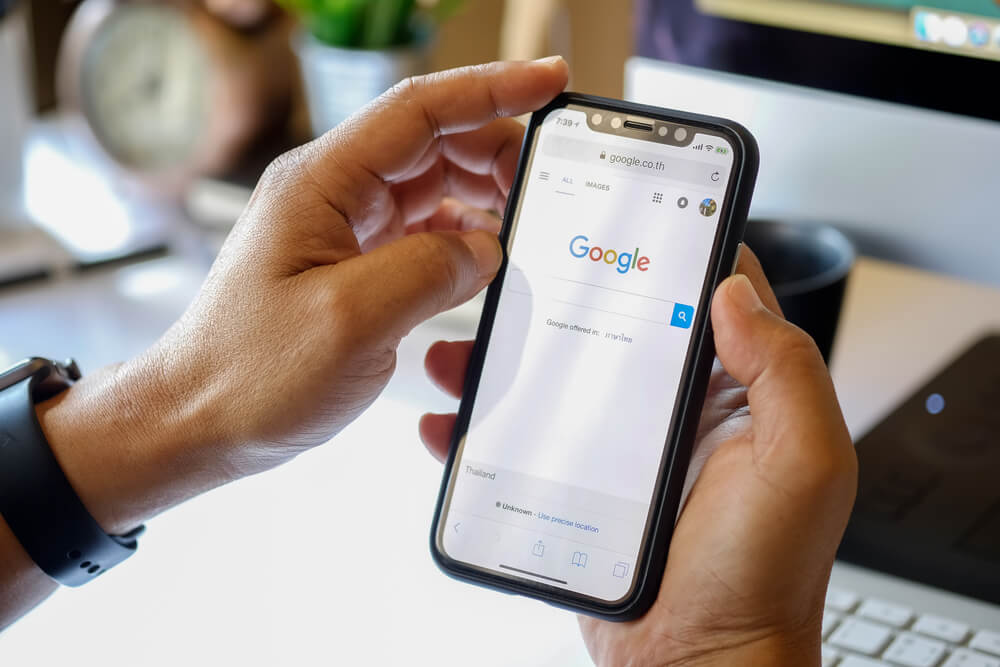 As far as the smartphone world is concerned, iPhone and Samsung reign supreme. They are usually the best-selling smartphones in the world, and that was also true in 2019, when the top-ten list of highest selling smartphones was inundated with these two brands.

Now, of course, the main reason for that is the fact that they constantly strive to be better, to put something new on the market. (Well, mostly new…give them a break, it’s difficult being completely innovative in this day and age.)

When it comes to the best iPhones for taking selfies, like in the case of Samsung, there are a few that meet the strict criteria for that particular purpose:

The iPhone X has quite a good 7MP front camera. It is a pretty useful imaging tool, particularly for people who often take selfies or FaceTime. The exposure on faces is great and it provides good results in situations with a higher contrast. But the best part of the front camera on this particular model is the fact that it captures details on your face even at close distance.

When it comes to both the iPhone XS and iPhone XS Max, they have a 7MP front camera, just like the iPhone X. However, there are some new features that make it worthwhile to get one of these two beauties. They have Smart HDR, which means that the camera captures different frames, combining the best part of each image to make the best photos. In addition, you can change the depth of field after taking a shot.

Let’s turn to the newest additions to the iPhone family – the iPhone 11 Pro and the iPhone 11 Pro Max. (Hey, the things iPhone lacks in creativity when naming phones, it certainly makes up for in their features.) As is Apple’s standard, there are tweaks here and there, but the best feature (aside from the fact that the front camera is a whopping 12MP), is that the photos seem more real. In the case of many other phones, the sharpness of the image often detracts from the beauty. Well, that is not the case with iPhone’s latest baby. Of course, it comes with the standard portrait effects, so don’t worry, it has everything Apple has to offer – and then some. 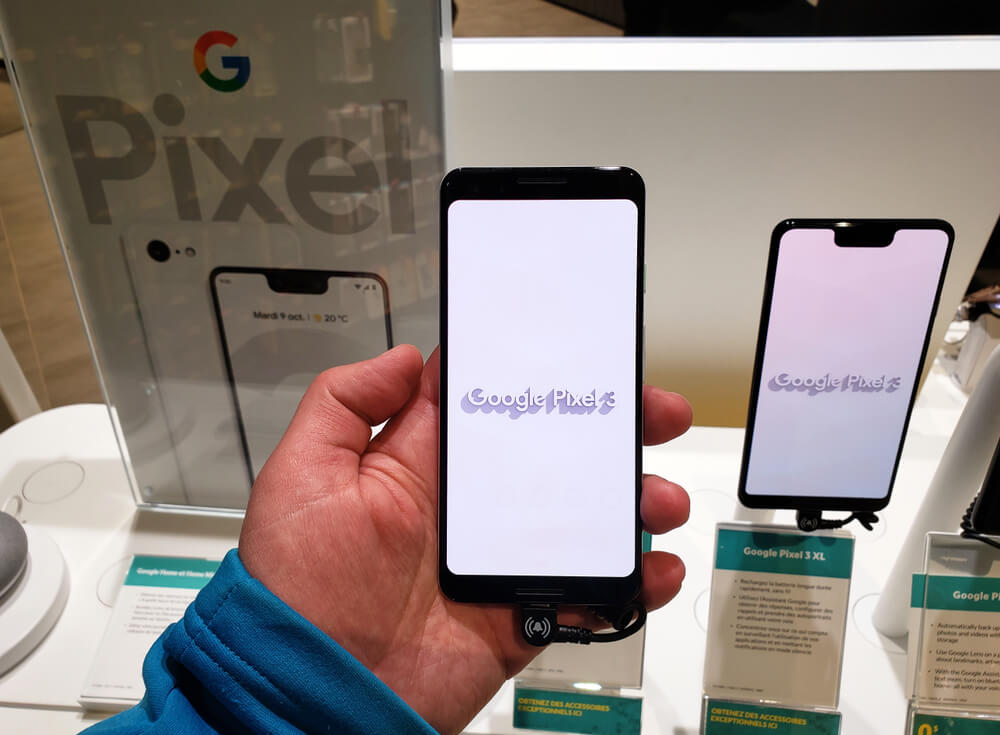 It seem that Google is branching out. Like, branching waaaaaaay out, right and left. There’s not a sphere of the tech world where they don’t have some product.

But the worst thing is – their products are actually good.

When the brand decided to dip into the world of smartphones, not many believed it could pull it off as seamlessly as some of its other endeavors.

But, yet again, Google proved them wrong.

That is why it has taken quite a good spot on our list. Many people now swear to the phones’ abilities to capture selfies, and we’re inclined to agree.

Here are some of the best Google phones for selfies:

Both Google Pixel 3 and Pixel 3 XL have a pair of 8MP sensors that work extremely hard to get you the best selfies possible. The first sensor is a wide-angle lens, while the second is an ultra-wide lens, which will allow you to get wide-angle selfies that include everyone (yes, even your friends standing at the edge of the group). Frankly, with these two sensors, both these phones are more versatile for selfies than the majority of other phones.

Also, you can use the adjustable background blurring feature, which will leave you the focus of the pic with incredible detail.

Now, when it comes to the Google Pixel 4 XL, it is certainly known for its incredible rear camera. However, this does (thank God!) extend to the front camera, as well. With the Google Pixel 4 XL, you also get great features, like Portrait Mode and Night Sight shots, which simply take the entire selfie game to another level. However, it does share quite a lot of features with the 3 XL and it is fairly expensive, so if this is too much for you, opt for the 3 XL. It’ll get the job done, and perfectly, at that! 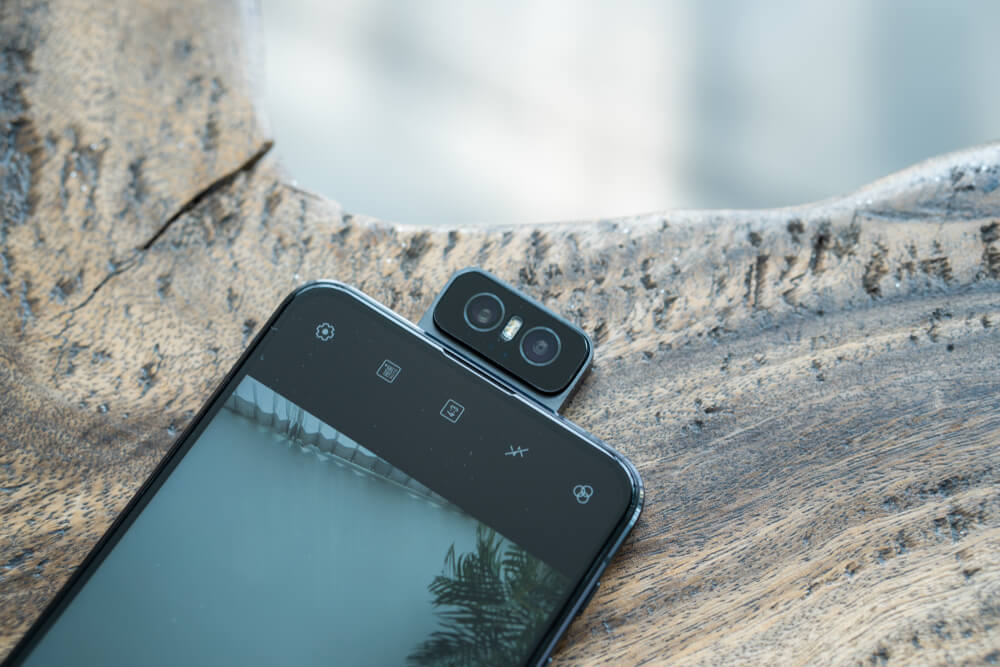 Among the fairly big names that have taken over the selfie game, you have the Asus Zenfone 6, which is taking the world by storm!

Which is remarkable in and of itself, especially considering that the Zenfone 6 doesn’t even have a selfie camera.

How, you may ask?

Well, it has a flipping camera, which brings the rear camera system to the front whenever you may need it. And you know what that means?

And that front camera is simply a doozy – with a 48 MP primary sensor and a 13MP ultra-wide sensor, with the Asus Zenfone 6 you get state-of-the-art sensors. You can get a wider shot which is perfect for group selfies or if you want to include a lot of background. 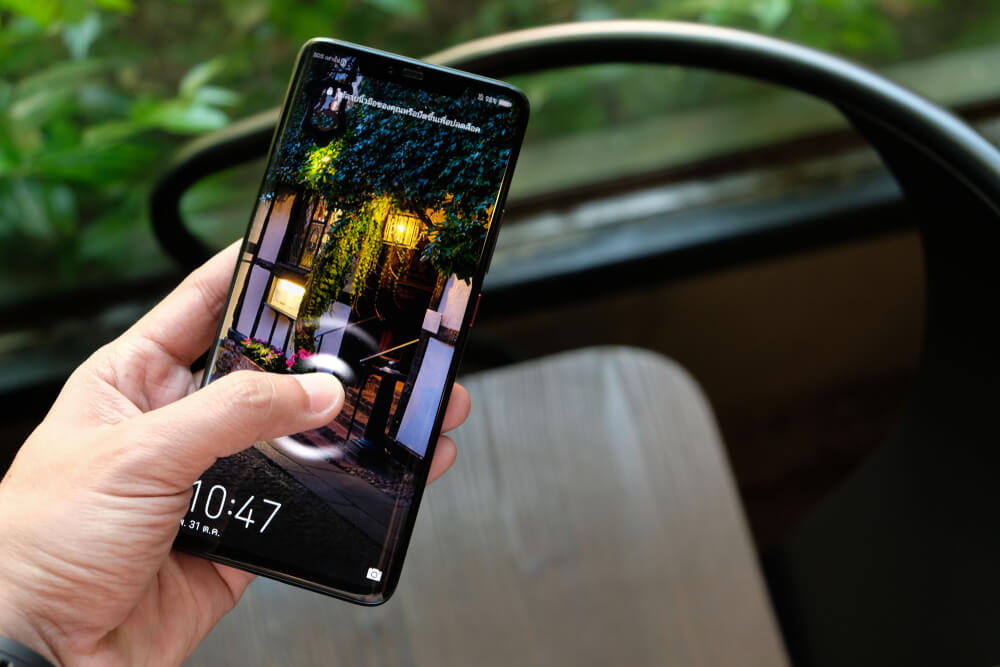 Despite being caught in the US-China trade war, Huawei keeps working and producing some of the best smartphones currently on the market.

Even though it’s been more than a year since its release, Huawei Mate 20 Pro is still the bomb. When it was launched, it was considered a super-phone, which is something that it has remained to this day.

The triple main camera has a super-wide-angle and even telephoto options. Pretty cool, right?

We are interested in the front camera with a 24MP sensor which offers selfie aficionados something to treasure. Its 26mm fixed-focus lens makes sure you have the best sharpness on close-range selfies (30-55cm from the camera). Some of the other features that you can have with the Mate 20 Pro is HDR processing on stills and 3D depth sensing for bokeh shots.

It can capture images and videos (for all those of you who enjoy video calls) with quite accurate exposure and excellent detail. The camera is great for zooming, as well.

All in all, Huawei knows what it’s doing with this phone. It’s providing us with the best of the best for natural selfie shots. Can it get any better?

How to Take the Perfect Selfie 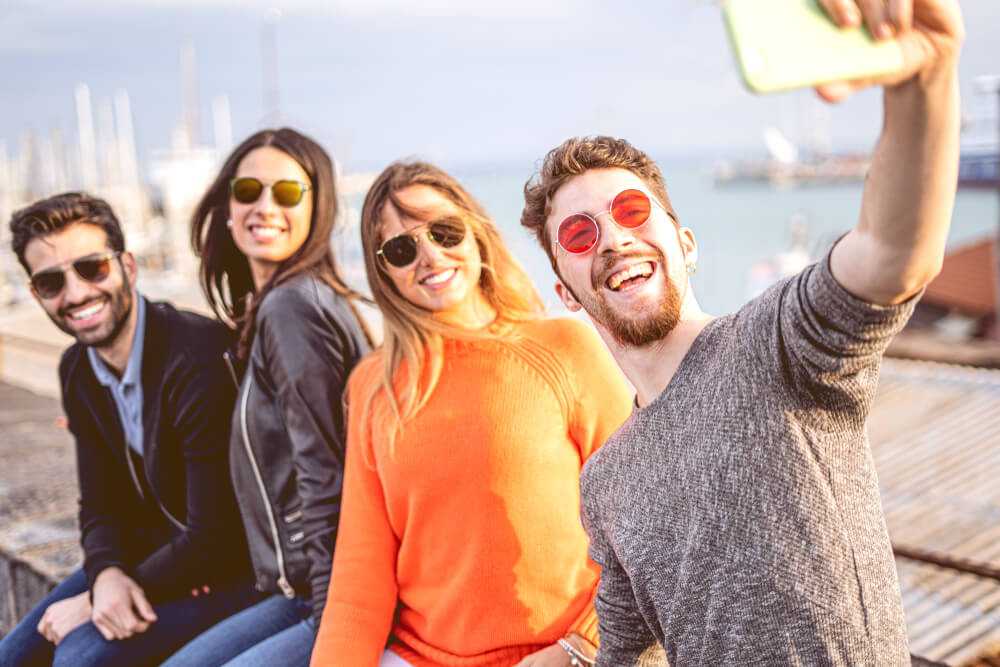 Now, you might be wondering how you can improve your selfie-taking skills. This is not just about having a great phone, it’s also about knowing what you’re doing with your great phone.

Here’s how to enhance every selfie that you take: