These Apps Will Help You De-Stress

Home » These Apps Will Help You De-Stress
Previous Next

These Apps Will Help You De-Stress 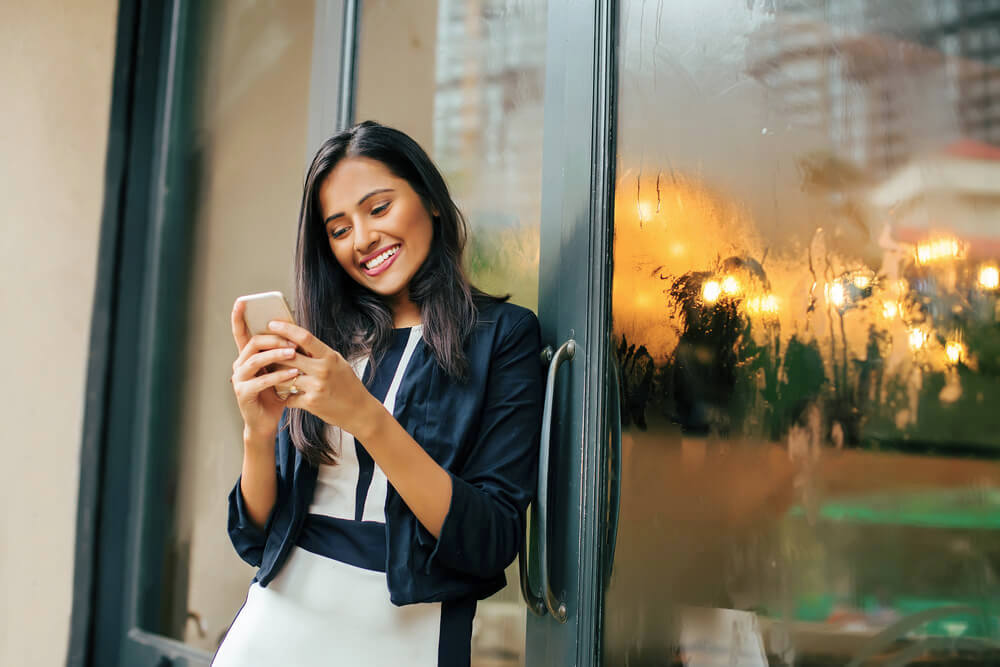 Stress. It’s as old as man. Ever since cavemen were clubbing each other over the head for food, we have seen the damage it can do. For years we have been plagued by it and, despite our best efforts, it continues to weigh us down.

The App. It’s the latest technology. Ever since man had the urge to play games on his phone, we have seen the solutions it can offer. In recent years, it has improved our lives and freed our minds and we’re constantly finding new uses for it.

Could stress have finally met its match? In the past years, a few of the leading tech experts and a few of the most prominent researchers and psychologists have joined forces to create apps that  might just put a fork in stress for good.  Can they do it? Here is a list of a few of the most popular ones so you can judge for yourself.

Colorfly works pretty much how you would think it would. You’re shown a selection of specially created designs from which you get to pick your favorite. You get a palette of colors to choose from which you apply by tapping on the color you want and using your finger to “finger paint it” on to the desired area. The result is a lovely keepsake and a calming experience that will help to keep you stress free and in the moment.

Another thing about Colorly – you can message and exchange comments with artists in the Colorfly community, which can be a boon to both your emerging talent as well as your social life. Why not try it? At the very least, you’ll end up with a lot of friends and bragging rights to some pretty mean mandalas.

Flowy is an app that offers a selection of games focusing on breathing exercises and anti-stress techniques. In Flowy Beta, you’re sailing through a sea led by a cloud who happens to be very well versed in breathing techniques. In the Flowey Boss Battle, you’re provoked by a vaguely demonic flower who keeps calling you an idiot. The only way to beat him is by remaining pacifistic. In the “I Am Flowey” video in Flowy declares himself your new best friend by singing  a song reminiscent of Mr. Rogers. that gets awkwardly interrupted by a thrash metal segment.

Despite the occasional speed metal interruptions and evil characters, as a whole, Flowy is effective and relaxing. It’s got quirky blend of humor and psychiatry that works. Check it out, disorder or no.

Ever wish you could come home to your own personal guru? You’re not alone. Headspace is reported to be one of the most frequently downloaded apps in the world and it has an infinite amount of meditation practices to choose from.

So maybe Headspace isn’t exactly a your own personal guru, but it’s probably the next best thing. The cofounder of headspace, Andy Puddicombe is actually a former Buddhist monk and he explains the basics on the first few courses. However, he keeps it secular, so if you’re looking to chant, you’ve come to the wrong place.

There are two types of guided meditation on Headspace. Singles are bite sized for those on a busy schedule. Packs are more theme based courses that can last any amount of time from 10 days to a month. These are guided meditation courses that gradually introduce new techniques as you progress. There are mediations for anger, for anxiety for sleep, for sports, for compassion, for focus, walking mediations, and even meditations for kids.

Try Headspace out, we hear Andy Puddicombe has a really dreamy voice. Plus, it has some really groovy animations that explain the theories behind mindfulness, which BTW Headspace is basically geared toward achieving. Reserve your headspace today before it all gets taken up.

Imagine yourself  in a “once beautiful world now darkened by a spreading negativity that has drained of its vibrancy and color.” Sound like your life? If so, you should probably should find your Personal Zen in more ways than one.

Personal Zen is an app that helps its users cope with  the reality of stress by exposing them to stressful situations in a fantasy setting.  As you explore the now tainted world of Planet Zen, you meet the different people and get a feel for the unique features of each region. Your job: to right the wrongs and restore tranquility and relaxation to the planet.

The key is to ignore the distracting “sprites” while focusing on and following  the smooth path of the friendly sprite. This is done by touching every tuft on grass from the beginning of the game to the end. The “umph” sound means you’ve hit the sprite instead of the path. Eventually the trail of the sprite remains consistent and your navigating through Personal Zen with the greatest of ease. The idea here is to learn to  focus on positivity in the hopes that you can apply the practice to your life.

Will playing Personal Zen actually help you achieve your own personal zen? Science says so. According to the makers, just playing the game a few minutes a day can help you to “reduce stress and anxiety, strengthen well-being, and build resilience against the curved balls life often throws. Better get the Personal App soon. It looks like another curved ball is just around the corner.

Think of Buddha Board as sort of a lava lamp and an app rolled into one. Its inspired by the Zen philosophy of living in the moment. The user paints on the surface with water and watches their creation come to life. Then just as quickly, it evaporates, reminding us of the ephemeral nature of life. Pretty trippy, huh?

In the Anxiety Release there’s no playing around. There are no singing flowers or mischievous sprites dancing through this app.  Anxiety Release is a no nonsense series of guided instructions designed to “release anxious thoughts and feelings naturally by using the power of the brain.”

Anxiety Release uses bilateral stimulation, which is a scientific way of saying it works both sides of your brain. Bilateral stimulation can consist anything from watching a light move from left to right (visual), or listening to tones that alternate between the right and left speakers. (audio).

Bilateral stimulation  also a component of EMDR (Eye Movement and Desensitization and Reprocessing), which is most commonly associated with PTSD.  EMDR uses the body’s own eye movement to reprocess traumatic events, making them less emotionally painful. The Anxiety Release app’s guided sessions help you to release anxiety as you experience it and give you tools for shutting down worrying thoughts in anxiety provoking situations.

GPS for the Soul

Do you find you have a relationship  with your GPS that borders on obsessive? Do you find yourself turning it on, even when you’re just going home? Sometimes, just knowing that someone is there to give us direction can be comforting in and of itself.

GPS For the Soul is the brainchild of Ariana Huffington and her team at the Huffington Post. Its based on two principles: 1. We all have inner harmony. 2. We’ve veered away from it. If that rings true, you can look at GPS for the Soul is an app designed to restore your sense of direction.

The first relaxing feature of this app is the fact that you don’t have to sign in. That immediately eliminates worries about remembering pass words. When you move to the main screen, you’ll have three options to choose from: “Find A Guide,” “Create A Guide,” and “Meditate.” Each are designed with the intention of relaxing, recharging and reframing your thoughts. The preset guides feature their own selection of inspirational quotes, music and images. You’ll even find Arianna herself making a guest appearance, along with cameos from Deepak Chopra and Gretchin Rubin.

The new release allows users to upload their own music and photos and create their own relaxation guides. The meditation feature lets you time your mediations and even helps you to remind you when its meditation time, which to you may be once every hour. (Shouldn’t there be a T-shirt that says, “I’d rather be meditating”)?

You can also swipe left to find other features of the app, such as articles, yoga poses, meditations, and breathing exercises, all of which are informative and backed by credible sources. Who knows? With this kind of guidance you might not even need the GPS in your car to restore your sense of direction.

Let’s all happify! Forget about meditation and therapy and play puzzle games all day. Happify may look superficial on the surface, but to  the folks at Happify, mental well being is no game. All of the games on Happify are thoroughly backed by research which means their serious business.

Co founder Ofer Leidner described Happify as “perhaps the most sophisticated positive vibe apps available today. The whole idea behind Happify is to create a rigid, scientific framework that applies to happiness, but layer over it as a user experience that is fun. “

Leidner actually did a great job. From playing Happify you wouldn’t believe how deeplyscientific it actually gets. Apparently, Happify is built on research based tracks that teach you skills necessary to find happiness. This research was done by some of the brightest minds in psychology and neuroscience today.

These tracks are tied to specific goals, such as “conquering negative thoughts” or “dealing with stress.” The games are a way of enforcing these skills. These range from completing writing exercises such (What Do You Like Best About Yourself?), to playing games to simply looking at beach scenes with relaxing soundtracks.

In the Air Balloon Game balloons float across the screen with positive and negative words. Think “nice” for positive, “cry” for negative. The idea is to click the balloons with the positive words and let the other ones float by. Do enough of this popping and you’ll be able to ignore all the negativity in life and focus on the positive.

Ready to happify? With the amount of positive reinforcement this app gives, it would be hard not to.

It has been said that even the best plans go astray, but that doesn’t mean that it hurts to have the best laid plans. Sometimes when you’re working on a collaborative effort, one plan has funny way of turning into a lot of different ideas, and if those ideas aren’t kept track of, the original plan can have a funny way of not coming together.

Enter the Mindmeister app. Mindmeister uses a technique called mind mapping to basically lay it all out for you. It’s graphical images to help users create plans, brainstorm, manage meetings, take notes, and even figure out complex problems online. And because it’s all done through the power of the world wide web, you can connect and collaborate with people on mind maps from just about  any location. Imagine not having to take your kids to someone’s house to do their science projects ever again!

Logistics aside, one of the most impressive features of this app is its brainstorming technique, which really turns talk into action. It helps you to turn ideas into actionable tasks, assign the tasks to your collaborators, set due dates, add priorities and even track progress.

All in all, Mindmeister is  an organizer that really has your back.  It sees you through from the initial idea to the completion of the task with a platform designed to ensure you get the best of your team right away.