The 6 Best Man Booker Classics to Read This Summer

The 6 Best Man Booker Classics to Read This Summer 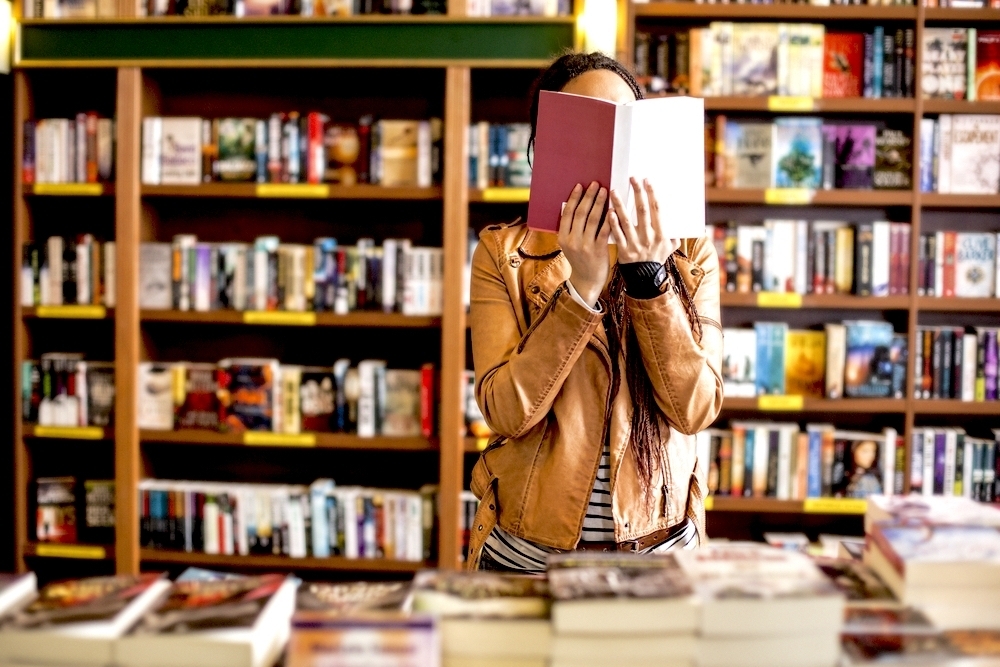 Is the reader an endangered species? Will there come a day when one will be able go to a museum only to find a brass statue or skeleton of someone snuggled up with a great book, only to have a tour group confounded by what this strange figure may be? Will they gaze in amazement about why the spine curves and the head droops in such a way to accommodate the reading material the figure holds in its lap? Will they wonder why the face holds such a look of concentration, or delight?

Maybe books aren’t going anywhere any time soon, but this image of a reader may be. After all, even if authors remain to write books, they’ll probably be writing them for digital devices, which sort of puts a twist on “curling up with a good book.” It’s a bit different when the book emits light and does not have any sort of flexibility to speak of.

“Who cares?” you say. Who cares if this breed of myopic intellectuals who have nothing better to do with their Saturday nights than read books and drink wine and talk about them dies out? The answer is the members of the Man Booker Prize Foundation. The Man Booker Prize is an award given to a novel written in the English language published in the UK or Ireland in the year the prize is being awarded, and the Man Booker Prize Foundation are the people who run it, judge it, and support it, and basically live their lives for it and for books in general. Who are we to say, “Who cares?”

While the reader may be on the brink of extinction, the Man Booker Prize is still kicking, and if so, it might be all the more reason to put some of the books on this year’s shortlist on your bucket list.

Do you ever imagine that there might be alternate universes? Might you be, at his moment living a parallel existence in another strange and unfamiliar world? A world in which fate has meted out drastically life altering circumstances that impact everything that takes place from that point onward? Apparently, Paul Auster has.

4321, short-listed for the Man Booker prize, tells the story (or should we say the 4 stories), of a Jewish boy born in Newark in 1947 named Archie Ferguson, (the goy surname is explained in the first chapter), and his four alternate universes.

All four of Archie’s lives start very much the same. Archie is born to Rose Adler and appliance store owner Stanley Ferguson. From there, the stories veer in their own directions when a fateful event involving the family business alters the course of destiny causing the family to take a step up either up or down on the economic ladder; the direction changes in each tale. What follows are the stories of Archie growing up, his romance with the recurring character of Amy Schneiderman and the theme that the core of a person’s character is fixed early in life, and how circumstances do little to change a person’s true identity. Take some time with this one, it’s a long read, but a worthwhile one.

History of Wolves, by Emily Fridlund

Some books begin with a background story. Some books just begin. History of the Wolves is an example of the latter.

The reader starts out with an introduction to Linda. Linda is more or less your average teenager, a bit defensive, a bit angry, and not at all nurturing. She is also the babysitter to 4-year-old Paul, who is not as quiet and ignorant as Linda would like him to be.

Linda herself is a product of a less-than-stable environment. She lives in a hippie community and is not even sure if the people she calls her parents are truly her blood relations She forms a mother-daughter like attachment to Paul’s mother Patra, a woman living alone with her son while her husband is in Hawaii. The trouble begins when Patra’s husband returns and Linda witnesses a dreadful incident that she does nothing to prevent. Her inability to act defines her as she matures. The 37-year-old Linda that narrates the story is a marginal figure, with little more to her than “a car payment,” and a P.O. Box.

From there the story proceeds as Linda begins to form new ties with those around her, enabling her to find her identity in relation to others, finally able to forgive herself and live her life without the weight of guilt. History of Wolves questions human relationships, the definition of family, and what it means to possess the ability to instinctively trust complete strangers.

Sometimes stories are too terrible to be told without a little bit of the fantastic. The dark morals of the original Grimm’s Brothers tales were made more palatable in fairy tales, and the cruel realities of history are sometimes best told through fiction.

Exit West by Mohsin Hamid is the story of Saeed and Nadia, two migrants in a war-torn country who journey to find new lives for themselves in Greece, England, and eventually the United States. Hamid cleverly juxtaposes harsh reality in the first part of the book against the fantastical elements of the second half, posing the question of whether escape is always the best option.

In the book’s beginning, Hamid paints a realistic picture of a country torn apart by civil war. Using sharp, clear prose Hamid shows us how easily life is disrupted, with everyday destinations turning into checkpoints, shopping centers turned to war zones, and how looking out at a rose garden turn people into easy targets for enemies. Nadia and her boyfriend Saeed are keen to escape and find an agent who, for a fee, sets them up with an exit plan.

In the second half of the book, the couple finds themselves with access to mystical doors promising to transport them to distant lands, the first of which is Mykonos, a Greek Island filled with lean-to’s and tents in a makeshift refugee camp. Later in the book, Saeed and Nadia will enter other portals leading to other countries and continents.

However it is not the journey which Hamid focuses on, but rather what is left behind. Both the shy Saeed and the resilient Nadia eventually find themselves thinking about the homes they abandoned and the conflicts that were left unresolved. As the couple struggle with finding a home, finding a job, and finding work, the reader begins to ask whether war actually disrupts the everyday or relieves us of it.

Lincoln in the Bardo, by George Saunders

If the name of this novel conjures images of Abraham Lincoln’s encounters with the sexy French actress, get your mind out of the gutter. Even if George Saunders would write about such trash, he would never be so obvious about it.

However, while the scenario of Lincoln in Bardo may be more serious than a fling between a great president and a great actress, it is no less bizarre. Most of Lincoln in Bardo takes place in a graveyard in which Lincoln comes to visit the grave of his 11-year- old son Willie who died from typhoid fever in 1862. The book’s material is interspersed with facts and semi-facts about historical events, Lincoln’s inner thoughts, and a running commentary from a motley crew of ghost observing the great president’s mourning and babbling on about their own regrets and missed opportunities.

Bardo is a Tibetan name for a transition period between life and death, and is used in this novel to refer to this purgatorial graveyard setting in which the living and dead seem to exist separately, yet simultaneously. The ghosts are all tragic characters including a rape victim, a murderer, and a young man who tried to kill himself when he found himself to be involved in an unrequited love affair with another man. All in all, Lincoln In Bardo is the story of a president troubled by his personal losses, and a war that is ripping is country apart, and the helplessness he feels to end the suffering that defines the human condition.

More about characters, and less about plot, Elmet is Fiona Mosley’s narrative of a single dad family that operates as a governance unto its own laws. The book tells the story of Daniel and his sister, Cathy living in the outskirts of the medieval legendary Yorkshire in a house their father has built with his bare hands. Daddy is a former boxer whose gargantuan features are often superimposed against the smallness of the children. He has little regard for deeds and ownership, and assumes an outsider status in a world which seems to fear and reject him and his family equally.

In his relations with his children, he is blunt, and makes no attempt to soften or edit reality. He tells them of the men he has killed, and makes no effort to cast his critics in a kinder light; he teaches the children to hunt humanely, and speaks simply in the Yorkshire dialect.

The children also have their own unique peculiarities. Daniel wears his nails long, his shirts expose his midriff, and is seen as strange to his father because of his enjoyment of domestic chores. Cathy is a defiant and electric child, well versed in Bronte literature.

Overall, Elmet is a darkly stirring book about morality, conventionalism, and personal freedom. It has a startling relevance to modernity in its definition of family, changing roles, and forming a collective resistance against outside evil.

Autumn, like the season that it is named for, is a book of transitions. Autumn tells the tale of a friendship between kindred spirits Elisabeth and Daniel, who first bonded when Elisabeth was a child and Daniel a much older neighbor. Daniel, now over one hundred years old, is living a residential care home, and Elisabeth, now a 32-year-old an art history lecturer is facing a grim future in post-Brexit Britain, facing the realities of her tiny flat and the fact that she will never be able to afford a home. The book follows the couple from past to present, his memories and her reflections, and the mutual ability for the two to provide one another with the laughter and friendship they need to help them make light of their hardships.

The friendship resumes when Elisabeth comes to Daniel’s home to read him the works of Huxley and Dickens, and tell him of the latest headlines which recalls the age-old question of whether truth can be stranger than fiction. He in turn relates his stories as a witness to the Holocaust, and haunting visions of bodies washed up on a beach in a human sea, and tells Elisabeth tales of his and his father’s internment in a Nazi camp.

Together, through laughter and tears, the two are able to find joy in their bleak situations, finding lightness in darkness and showing that humanity can be found in the most inhumane conditions.

So whether by Kindle light or candlelight, one thing seems indisputable. There is no shortage of great authors out there and no shortage of great books to be enjoyed. Will Instagram be the next generation’s platform for self-expression? Will the new age of book clubs be held in online forums? Only time will tell, but you can be sure that as long as there is a Man Booker Foundation, a new chapter will be written.